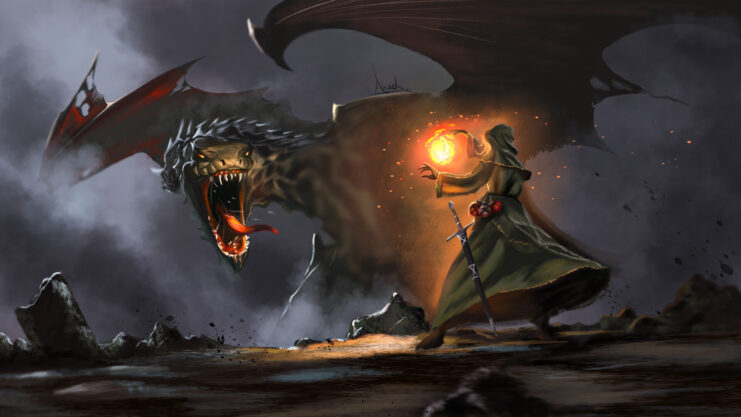 This is the story of a young man’s true love for his girlfriend, who he loved so much that he was brave enough to risk his life, fighting a dragon.

Two hundred years ago, there was a princess named May Yee. She was born in Malaysia. She wanted to get married to a young man, but he was very poor.

Her mother was very angry because she wanted to marry the young man. Her mother said, “Are you sure you want get married to him? You know, you are the prettiest girl in world.” To that the princess said, “I know him. He is a good man. He loves me very much, and I love him too.”

The dragon was very strong, and they fought a great battle. Fortunately, the young man killed the dragon, but not before the dragon injured his hand and leg. The princess was so happy that she cried.

After that the queen agreed they could get married, and they became a couple.

This story tells about a young man who loved his girlfriend so much that he would do anything for her. He didn’t even care if he would die.