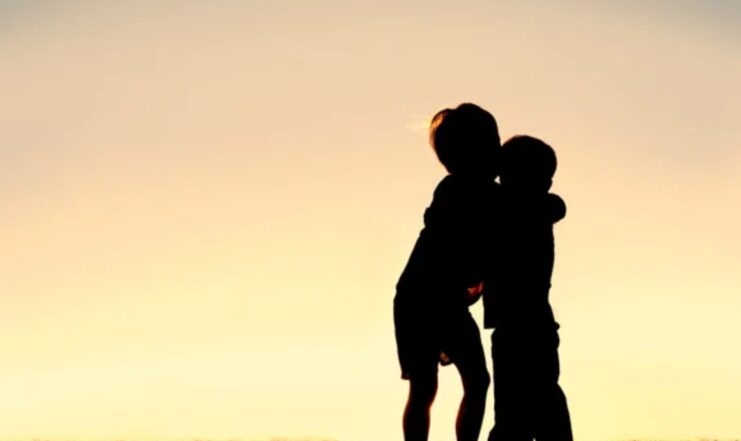 In this heartwarming story, two brothers in a village show their love.

A long, long time ago, there lived two brothers in a village. They were both very poor. The older brother had a little more than the other one: however, he had a larger family to support than the younger brother.

One autumn, they harvested their grain, but the older one worried about his younger brother, so at night he took some grain and secretly put it in the place where his brother stored his grain.

A few hours later, he saw a person approaching. He went out to see who it was. The stranger was his brother who was also worried about his older brother. Each night he had been taking grain to his older brother to help him!

This was Korean true brotherly love. After that, they lived happily the rest of their lives.