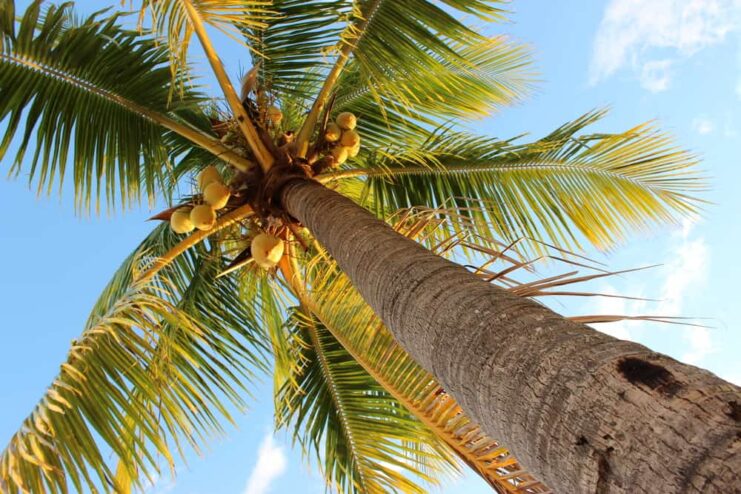 This is the story of a beautiful moon princess, but it is also a story about coconut, a plant which was once believed to be sacred.
There was once an old man. He was very, very old. Some people said he was a thousand years old! He was also very wise and he knew many things. Many people came to visit him in his cave near the sea. They always asked him to help them.

One day, a young man came to see this wise old man. “O wise father,” said the young man, “I want to be useful to people. I want to serve them all my life. How can I do this?”

“That’s very good,” said the old man. “Here is a magic box. Do not open it until you reach home. If you open it now something will happen to you.

“Thank you, wise father,” said the young man. He took the box and left. When he was out of the cave, he stopped. “I wonder what is in the box?” he said to himself. “I’m going to look.”

He opened the box and at once he turned into a tall tree—a coconut tree. That was his punishment for disobeying the old man, but his still had his wish because the coconut tree is very useful to people.