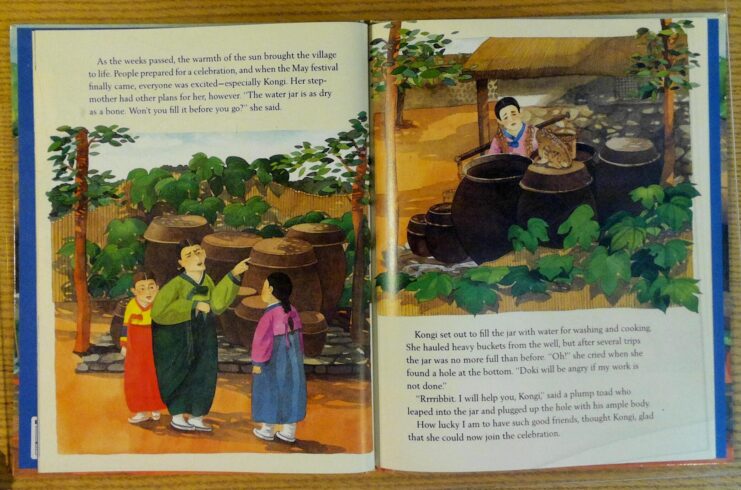 Potgi was very ugly; she was also a greedy and selfish person. The stepmother and Potgi always made Kongi do house chores, but she never complained about that.

One day, a rich, young man held a party to look for a girl to be his bride. All of the young girls were invited to the party, but Kongi couldn’t go because the stepmother ordered her to stay home and do house chores and told her not to go there.

While Kongi was doing the house chores, a frog appeared in front of her. The frog did all the house chores for her, so despite the stepmother’s orders, she attended the party.

As soon as the young man saw her, he fell in love with her. He wanted to know more about her, but she left the party because she had to get back home before her stepmother came back home.

Leaving the party hurriedly, she lost her rubber shoe. When it came off and she lost it, they young man picked it up. He was able to find the beautiful Kongi because of her rubber shoe. They got married and lived happily ever after.

Explanation of this story
Beauty can be very important in life.