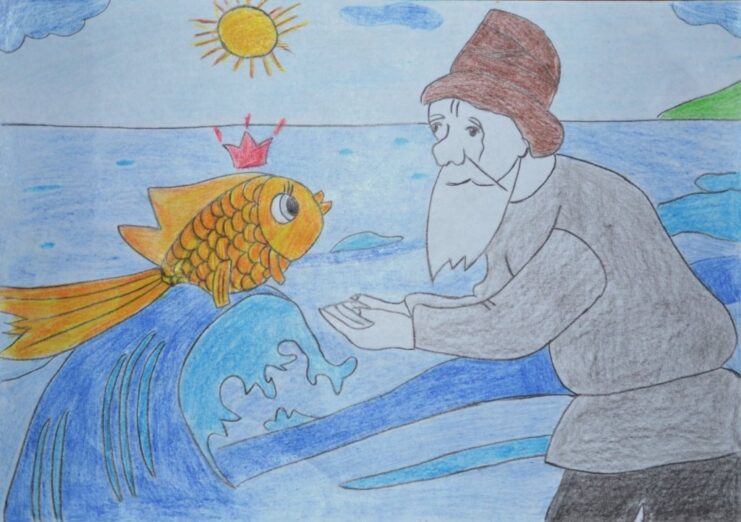 In this story, an old fisherman receives something wonderful, but then his greed for more good things leads to grief.

There was once an old man who liked fishing. He always fished in a lake, which was near his house. One day, the old man brought his fishing rod and fishing tackle and went out to the lake to fish after he had eaten his dinner.

Suddenly, the old man woke up as his fishing rod was shaking. The old man pulled up the fishing rod and caught a fish. To his surprise, it was a golden fish.

“Golden rope? Is that true? How can I trust you?” the old man asked. “You can put your fishing rod into the lake and a few minutes after, you are going to get the golden rope, ” said the fish.

“Let me go now that you have the golden rope,” said the fish . “No, I won’t let you go. I am going to sell you. I think someone will pay a very high price to get you.” The old man said. The man then put the fish into a container, which was full of water and continued to up the golden rope.