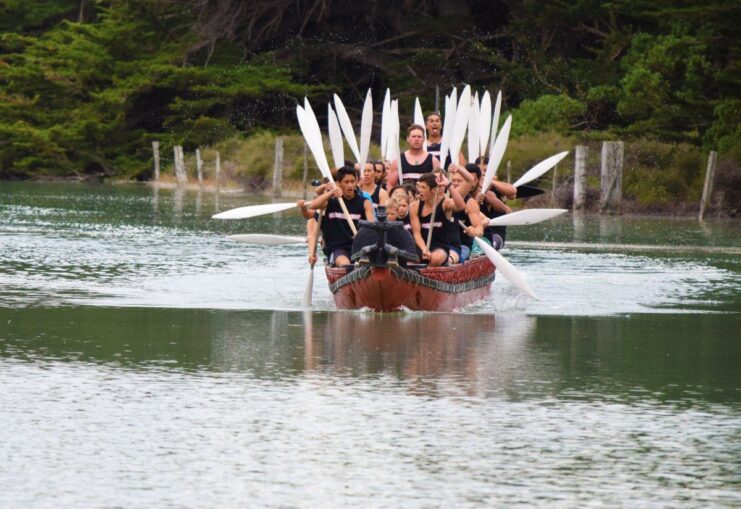 Waitangi Day is celebrated on the 6th of February every year. It is a public holiday for the entire nation. It is celebrated as a commemoration of the signing of the Treaty of Waitangi. The Treaty of Waitangi was a document signed between the English settlers and indigenous Maori people. When the treaty was signed it made New Zealand an English Empire and the Maori people had rights to their land. It made the Maori and English settlers one people, with the same rights and ruled by the same people.

Waitangi Day is celebrated in many different ways. A formal service of remembrance is held at Waitangi, which is in Northland (at the top of the North Island). It is attended by the Prime Minister, the Governor General (the Queens representative), the Maori Prince and Maori Chiefs and their Whanau (family).

Traditional people would have attended church in the morning and spent time with family and friends, reflecting on the true meaning of the treaty. Now we go to public concerts and festivals where you may be able to watch traditional Maori dancing and speeches made by leaders and important people from the community or country. There are also concerts that modern day singers and artist perform at. But many families and friends will simple spend the day at the beach soaking up the sun as it is the hottest time of the year.

Waitangi Day is special as it is our national day. It marks the day we become one nation not two separate races living on common land. There was a move to call it New Zealand Day but the majority of people chose to still call it Waitangi Day and so the name remains reminding us of our indigenous people.