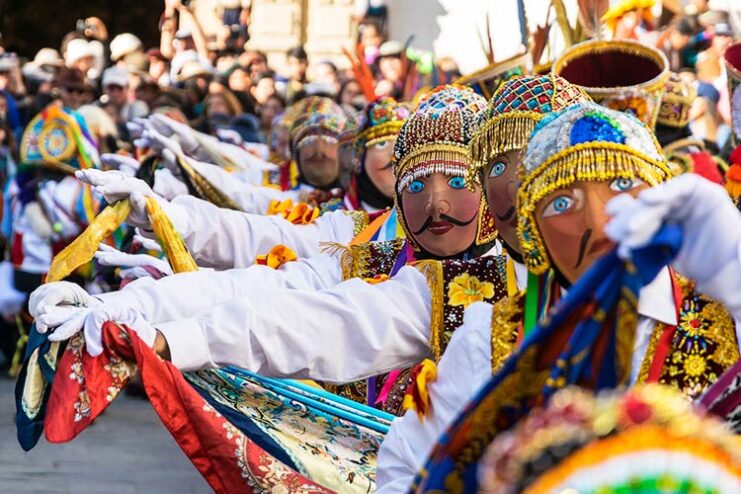 Peru is a country full of history and traditions where you can enjoy vivid festivals and celebrations all year round. Peru was the Incas’ land.

Then, when the Spaniards conquered South America, Peru was the center of the Spanish colony for about 300 years. During that time, Chinese and Negros were also introduced to the country.

Therefore, Peru became the most multicultural country of South America, which undoubtedly enriched Peru’s life and its people’s tolerance of one another.

Nowadays, for instance, you can still experience some traditional Inca celebrations, such as the ‘Inti Raymi’ (Adoration to the Sun) in Cusco on June 24, where indigenous people display their colorful costumes and there is a variety of food, dance, and songs.

There are celebrations almost everywhere in Peru in which people evoque sad memories of the Spanish invasion, such as the death of Inca Athualpa and of Tupac Amaru, a revolutionary during the colonial times.

But there are others, such as the ‘Corrida de Toros’ (bull fighting) and ‘Carrera de Caballos’ (horse racing) that show the strong Spanish influence in the country. Apart from those, there are hundreds of religious, patriotic and cultural festivities.

Geographically, Peru itself is varied and interesting, as are its people. At any time, there is always something to celebrate. In fact, Peru is a wonderful place for tourists, who can witness the Peruvian history through the traditions and celebrations of the Peruvians of today.