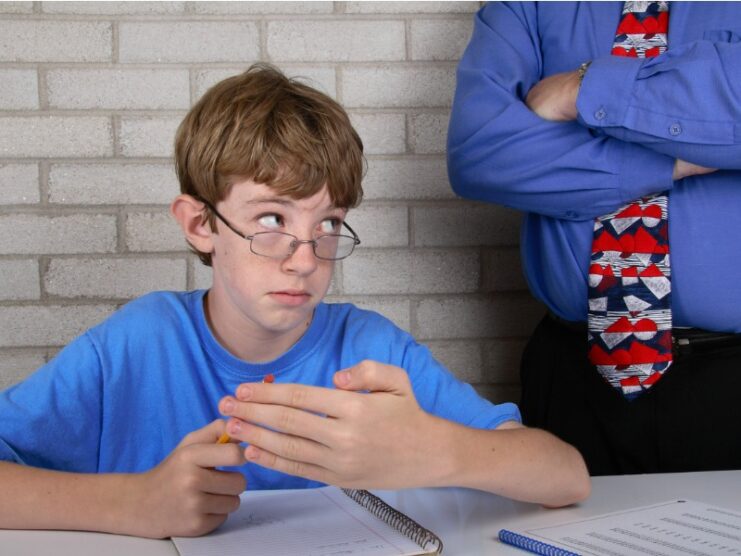 There are no limits for students who want to get knowledge and high grades. Some of them study hard all the time to do well on the tests, but some chose an easier way—cheating. There are so many ways to cheat that a huge book on this theme could be written.

Some students are very creative in cheating under the professor’s nose. While a student, I saw one boy who had a tiny headphone in his ear. His friends who were outdoors were able to hear the teacher’s questions through their headphones. They were looking up answers in the books and telling that student information he needed. On that day, the professor was surprised at the high knowledge of the boy.

Unfortunately, not all of the students are lucky. What should a student do if he is caught cheating? One of the professors in my university was very strict. Several students were kicked out of the university because he caught them cheating. Not many people tried to cheat there. Nevertheless, one of my friends brought a big book to the test. How he did it even now is a secret. He was looking at his book, and the professor didn’t see it.

Suddenly, my friend dropped the book. It fell to the floor with unbelievable noise. The professor stayed calm and asked the poor boy what it was. He saw the book which was lying under the student’s desk. The boy became white like snow, but he found the power to say, “My answer sheet, sir!” The professor started laughing because he didn’t expect such a creative answer. Fortunately, my friend was allowed to take an oral test. He was the first student whom the professor didn’t kick out for cheating.