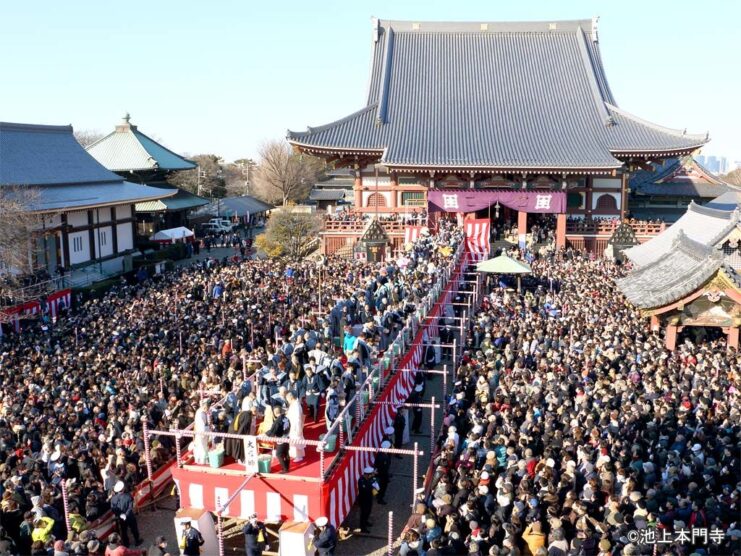 At the beginning of February every year, we celebrate the “Bean Throwing Festival” at temples in Japan.

Selected men and women throw beans from the stage at the temple to the crowds wishing to drive the evil spirit away and bring the good luck that year. Those men and women are called “Toshi-otoko” and “Toshi-onna” and their birth year is the same as that particular year.

People also celebrate this festival at home. Usually the father or the oldest man in the family takes the role of a demon. Inside the house, the rest of the family members throw the beans to the demon, saying “Oni wa soto, fuku wa uchi”, which means “Evil is out, good luck is within.”

What people say to the demon when throwing the beans is sometimes different; it depends on the region. Some say “Oni wa uchi, fuku wa uchi.” This means “Evil is within and good luck is within.”

After throwing the beans, people eat the same number of beans as their age to wish for good health that year. For example, if you are 20 years old, you will eat 20 beans.