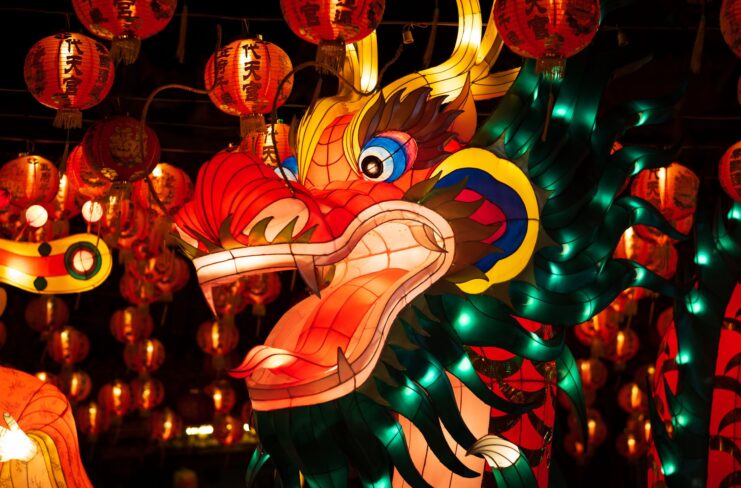 I thought originally that I would have a lonely Spring Festival in the U.S. this year, but afterward I knew I was wrong. Instead of it, Shelly and I had a very happy and busy holiday.

It is the right time for our Chinese New Year Eve on Friday. My friend Shelly and I were very busy preparing food and tidying the room. Because there would be eleven people coming over for dinner. At this time, Chinese people always have dinner with their family. The events of having dinner with friends or relatives were often arranged on some days between the first day to the fifteenth day after New Year. It means we had a wonderful relationship in the past year and we want to keep that in the future, too.

Shelly is a good cook. So, she was certainly in charge of cooking, and my task was arranging the small apartment and making enough space for so many people. When the evening came, all of our guests arrived one after another. We let everyone join us to make dumplings. It is the most typical traditional food in northern China. and the necessary food during the Lunar New Year.

Northern people usually say, “If you don’t eat dumplings for the New Year, you won’t spend the holiday well. So, all our friends were interested in doing the work, especially our three American friends. When they succeeded in their first dumpling, they shouted with joy, held the dumpling, showing off to everyone and asked me to take many picture for them. They said they would send the pictures to their families and share the happiness with them.

After the delicious dinner, we played a video. The VCDs were bought in China. When the familiar Chinese folk song sounded, all of us were attracted, and we couldn’t help singing along with the video. It even made us miss our own family and home town more.