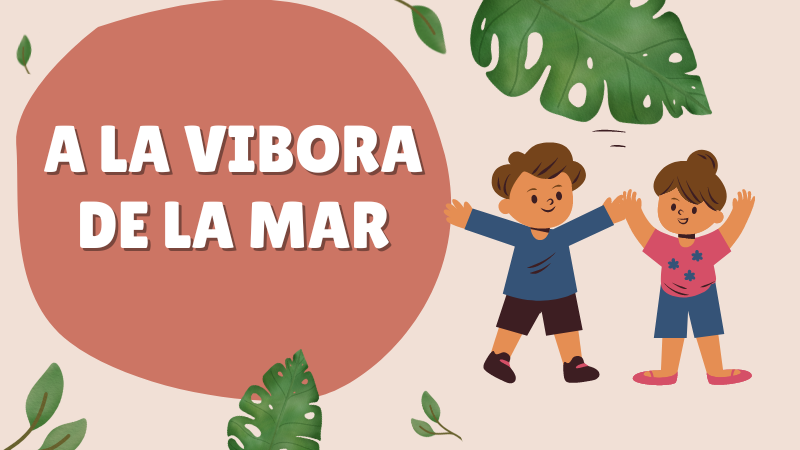 A La Vibora de la Mar, is a popular game for very young children. It is a game where they play and sing a song.

In the game, A La Vibora de la Mar, the children form a line and the two tallest children join hands and hold them up to form a high bridge.

The other children pass under the bridge and begin to sing a song. The song is repeated two or three times.

When the song ends (the last “tras”), the two tall children drop their arms and catch the child who is passing under the bridge at that time.

Then the game begins again.