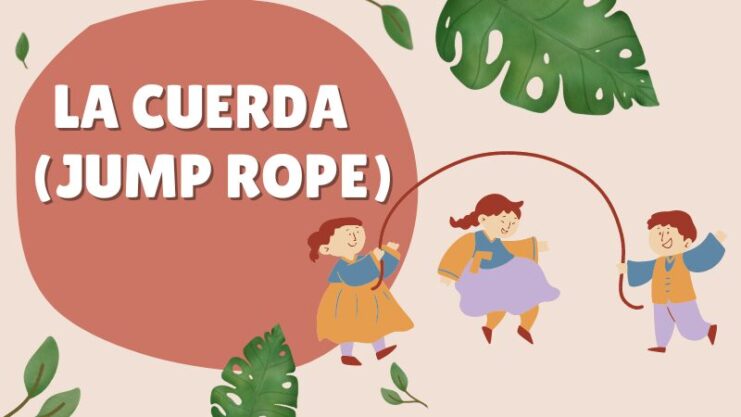 La Cuerda has always been very popular in Mexico. Many children like to jump rope. Children have to move a lot when they play jump rope games, so they play outdoors. 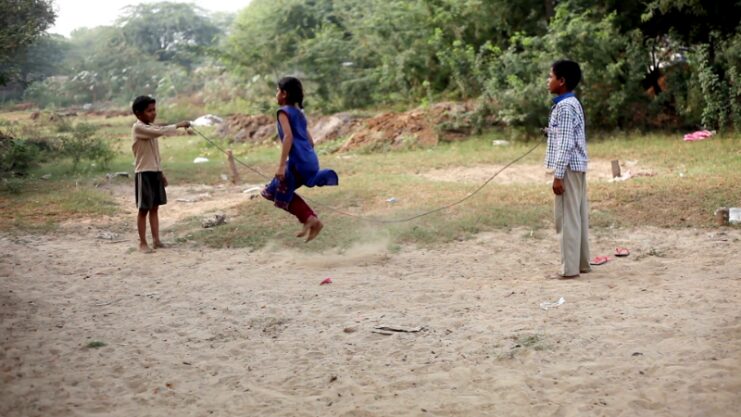 You need three or more players who are five to twelve years old to play jump rope games. Many children like to jump rope alone because it is a lot of fun.

You only need a jump rope to play.

Then the players must jump over the rope. A player jumps until he makes a mistake. Then another player takes a turn.

The players who are holding the rope can turn it faster. This makes the game more fun.

The game continues until the players are tired or do not want to play anymore.