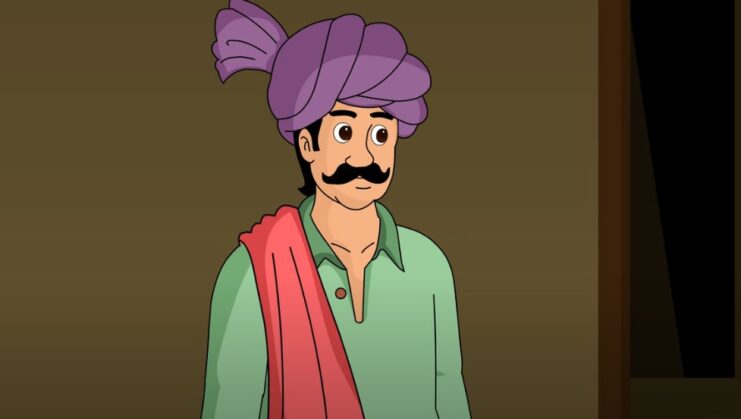 This traditional Turkish folktale tells the story of a greedy man who is never satisfied with what he has. The more he gets, the more he wants. There was a farmer in a village. He was very ambitious. He wanted to make more and more money. In the spring time, when it was rainy, he called out to God, “If it were sunny, I would sow some wheat.” The next day, it became sunny, and the farmer sowed some wheat.

Then, in summer time, he harvested his wheat and collected it in a heap. The farmer called out to God, “If you had given more rain, my wheat harvest would have been bigger.”

He asked God, “Why didn’t you give me more rain and more wheat?” Then God made heavy rain, and all of the farmer’s wheat floated away with the water.