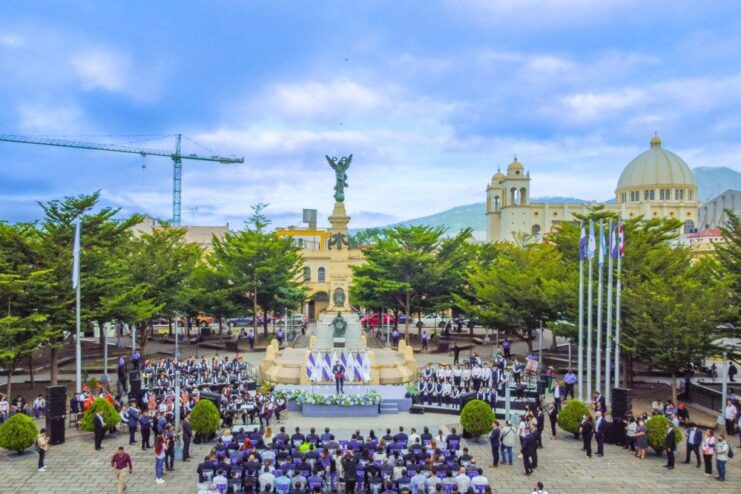 Independence Day in my country, El Salvador, is on September 15th, but the people start to prepare for it on May 1st.

All the schools and the military have a parade in the streets; in the capital they do it at the most important stadium. In order to have a parade, each school has already chosen its group.

Each school group divides into three parts: the head of the group who marches holding the flag, the players and dancers, and the ones who just march behind the others.

The parade is on September 15th. It begins at 7 a.m., and all the students start to march around the stadium while the air force does acrobatics around the town.

After everything is finished, we usually go to some places like beaches or old parks. We always take two days off: one to go out and celebrate and the other—the next day—to stay home and rest.