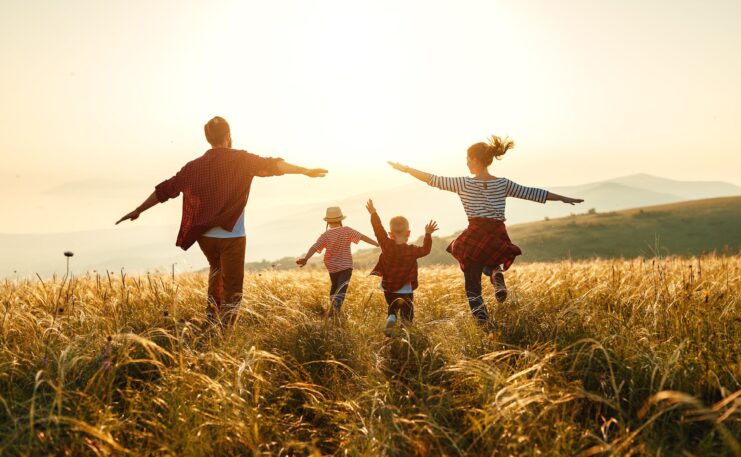 Literally, family is defined in Random House Webster’s Dictionary as parents and their children considered as a group. It is a group in which persons are together under the same identity.

Family often stands on top of social hierarchies with its strong power uniting all the members. That means it is something more than the sum of each member. There are a lot of constituents in the meaning of a family.

Beginning from one origin, a family traditionally shares blood. As they say in the famous proverb—Blood is thicker than water, blood ties often makes people show superpower behavior in case of a family emergency. The sense of sharing blood gives people a unique identity as a family, the most exclusive group in the world.

Home is another word for a family. Even though all the members are not in the same place, they each keep the home in mind as the only and the very best place for each family member. They expect almost everything at home, which they don’t at all outside the home. Despite the industrialization scattering each member all over the place, home still takes its firm place as family in their minds.

Family is the highest school of education—the school for teaching almost everything, including love. Love is the best virtue that can be taught by family because it is a family. A family without it is no longer a family. It means the end of the world, too.

In addition, family brings a genealogical record. Simply speaking, family is based on its genealogical history. Each member should know it well and keep it for the next members. It usually says who the family’s first member was and who the most famous or greatest one was, and so on. They will feel safe when they find their names listed as members of the family. They put very special meanings on this like pride, tradition, and identity.

In Korean society, it is not too exaggerated to say that the family is constituted by its genealogy. Whenever they talk about the family, they think of it as the very beginning and as the last measurement gauge for everything. In other words, they believe that a family is made up of all its family members: those who have been, those who are, and those who will be.