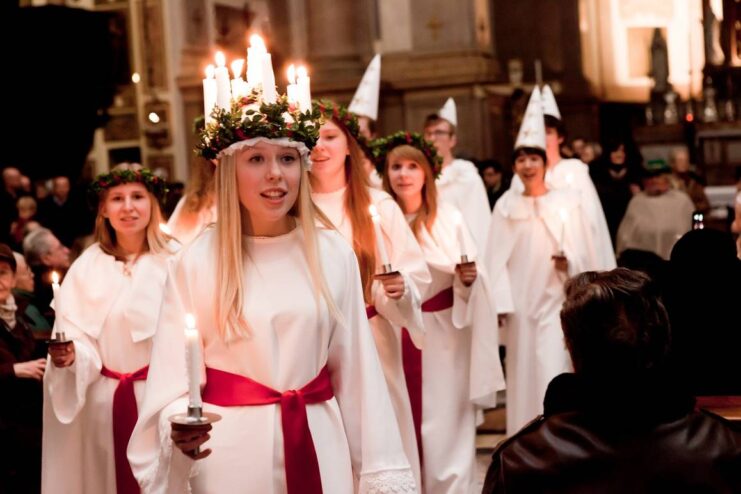 Hello, my name is Sarah Lucas. I come from Sweden where we have Santa Lucia Day. One girl wears a crown on top of her head with five, sometimes, six real candles. A boy is behind, dressed in a white robe with yellow stars. There is an elf that is dressed in green, sometimes red.

On December 13th, the Swedish people celebrate the festival of Santa Lucia. It is a tradition for girls in Sweden to dress up as Santa Lucia. They wear white dresses with red sashes and crowns of candles.

In the past, these candles were real, but now these days they are not. The girls wake up their families in the morning with a tray of coffee and saffron rolls, called Lussekattor in Swedish.

The boys wear white tops and bottoms and and cone-shaped hats with gold stars on them. and carry candles. They are called starboys.

On this day, schools close early. One girl who wears the crown of candles and the other children parade through their town, singing the Santa Lucia song.